Don’t ever spend a week with your family after you’ve grown up and moved out. Really, really not good for your health. You’d think I would have learned that lesson by now. Especially after a week from hell with my mother at Christmas. I have been so busy being wary of her since then that I forgot my father can be a pain in the arse too, so hubby and I just spent a week from hell with him.

The main problem right from the start was a combination of my lack of spoons and his noise. I live my life as if I have an endless supply of spoons and ignore the fact that I don’t. Until, of course, this fact made itself known when my dad’s noise stole my few remaining spoons and I crashed into the sort of mess that can’t even decide whether to have toast for breakfast. The sort of mess that sits on a sofa for hours, unable to find the energy to do any of the nice things she wanted to do. The sort of mess that clings to a few rows of knitting as if they are a lifeline, and splinters into bits when stitches are dropped. The sort of mess that loses the ability to put mouth filter in place and just says what she thinks, thereby causing a massive row with her noisy dad.

The massive row only lasted a couple of minutes, if that, but we were horrible to each other. I was horrible to him first and then he lashed back by telling me in a few succinct words that mental illness is only acceptable and only provokes a sympathetic response if it manifests itself in sympathetic ways, like crying, or lying limply with head on cushion. He said the worst things I had already been thinking about myself. He suffers from mental illness himself so of all the people to recognise when a person is at the end of her rope and barely hanging on, I thought it would be him.

This on top of a week being told how like him I am. And it’s true in many ways, which is what really pushed me into last night’s sad little story. I’m so like him it’s scary (and funny at times). I used to be alright with that. But when I regaled my family last week with a hilarious tale of desperate panic, and he understood completely, all I could think was SHIT. That’s me 25 years from now. This is not a temporary blip, this is my entire life.

So when everything went horribly wrong, when I’d lost all my resources to cope, when I’d been blamed for something I can’t help, I gripped one thought. I can’t kill myself because it would devastate hubby and he would never recover. I got home last night and went to band practice at church, knowing I was clinging on to composure by a thread, but really hoping singing with my friends would give me enough spoons to get through the next working day. Just as we got to church, I irritated hubby and he shouted at me. I got out of the car, went into church and sat on a step. Hubby’s shout gave my brain a new thought to latch onto. He wouldn’t really be devastated, he’d be relieved.

So last night, sitting on a step in my church, with my friends talking, playing and laughing a few feet away from me, I decided that I would go home, make hubby sleep in the spare room, and when I was certain he was asleep I’d get my stash, and swallow it all. I’ve always refused to research suicide methods, but I knew enough that this wouldn’t be a pleasant way to go, but the only other option I could think of would be to go to the nearby train station and jump under a train, and that would be a horrible thing to do to the poor driver.

As I sat on the bus on my way home to my grand plan (FOOLPROOF, I TELL YOU), I thought that I didn’t actually know which option I would choose. Swallow all the pills, or choose to live a life I don’t want, and I realised I was scared of both options. So when I got home I researched the Samaritans as I warmed myself up under the duvet. I knew I couldn’t call them because hubby was at home and would hear, so maybe I could email them instead. But the website says they aim to answer emails within 12 hours, and I knew that waiting 12 hours for a reply wasn’t really an option. After a while I contacted a friend instead, one who I knew wouldn’t freak out or get over-emotional. She gave me a good dose of common sense – don’t ever try to top yourself by overdosing. Nasty way to go and hardly ever works anyway. I’d just end up passing out, puking everywhere and getting my stomach pumped. She also listened to my silly reasons for wanting to die (or at least wanting to not be alive) and told me to tell hubby, which I did, eventually.

He doesn’t really know what to do, neither of us does. We’re just emerging from a truly lousy week and there’s a certain amount of shellshock going on. I’m not going to swallow the pills and today I think I’d better throw my stash away and maybe get hubby to hide his pills because he has a lot too. Not much has changed, I don’t feel any better, I haven’t figured out what to do. I had hoped Easter might help a bit, that maybe God might come closer to me during that weekend. And there have been good things – a message from a friend saying God loves me exactly as I am, he’s not waiting for some improved version of me to love, a message from another very lovely friend telling me exactly why she loves me, a walk in cold and sunny Scotland with my dear hubby – but they’re competing with a what-the-fuck brain. I have a good life, with lovely people in it, and I can’t enjoy it because of a broken brain that I don’t know how to fix.

I’m currently under my duvet, avoiding looking at my work emails, which I’ve been avoiding all morning. I’d better get on with that then, instead of hanging around here thinking about offing myself.

7 thoughts on “Rock bottom, or somewhere near it” 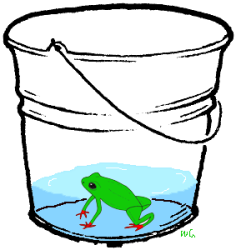